Judge Baum is in his eighth year as an elected judge serving Perkasie, Sellersville, East and West Rockhill Townships, part of Telford, Trumbauersville and Millford Townships. Prior to being the current judge, Chuck operated his family's business, the Perkasie News-Herald, the hometown weekly newspaper that was in his family for 85 years! He was the reporter, editor and publisher for 35 years. He ran the business with 16 other employees until he saw the writing on the wall (no pun intended) and decided to sell in 1998. He started working for the News-Herald in high school and earned a BS in journalism-printing from the Rochester Institute of Technology.

Professionally, Chuck enjoys being a judge because every day is so different. One day it is a tough criminal who is involved with drugs or alcohol, or it’s a teen involved in under-age drinking or serial offenders who need intense help and  counseling. He enjoys working with people within the community. He can also officiate weddings, which he performs over 50 a year (In fact, Chuck married Ashley and I back in 2007!)

Personally, Chuck loves working with people of all aages and walks of life. He tries to treat people how he would want to be treated in their shoes. He respects everyone and tries to be compassionate whenever he can. He also enjoys being out on the golf course and being able to follow the stock market.

Charlie has been the President of the Perkasie Historical Society for over 20 years now. The Historical Society helps to maintaint and operate the popular Perkasie Carousel. He is also serves as a officer of the Pierce Library Association, Perkasie Industrial Development Authority and local charity foundation. He is the former Vice President and director of the Pennsylvania Newspaper Association. He is the secretary for both the Bucks County and District 12 Judges Associations. He is also honored to be on the Pennridge High School Wall of Fame, which honors graduates who have made significant contributions to society through either career achievements or community service efforts.

Charlie is also one of the longest clients at the Grand View Hospital Cardiac Rehab Center, where he ‘works out’ at least four times a week. Charlie had 5-artery bypass surgery in 2002.

Dawn is a recently retired Librarian and Manager. She worked at the Samuel Pierce Branch Library for 22 years when she retired in 2011. She’s not able to keep her hands off of books, so she now volunteers at the Perkasie library and helps to oversee the library at the Community Center.

Personally, Dawn loves spending time with their children and grandchildren (idential twins Emily and Leah, 4.) She also enjoys traveling with friends, especially cruising and viisiting friends in Cape May and Ft. Myers. When she is not immersed in a book, she enjoys a good glass of wine, entertaining all of their friends, gambling away at the Casinos or volunteering.

Chuck and Dawn are both looking forward to their son Tim’s wedding next June to Nicole Petsis. 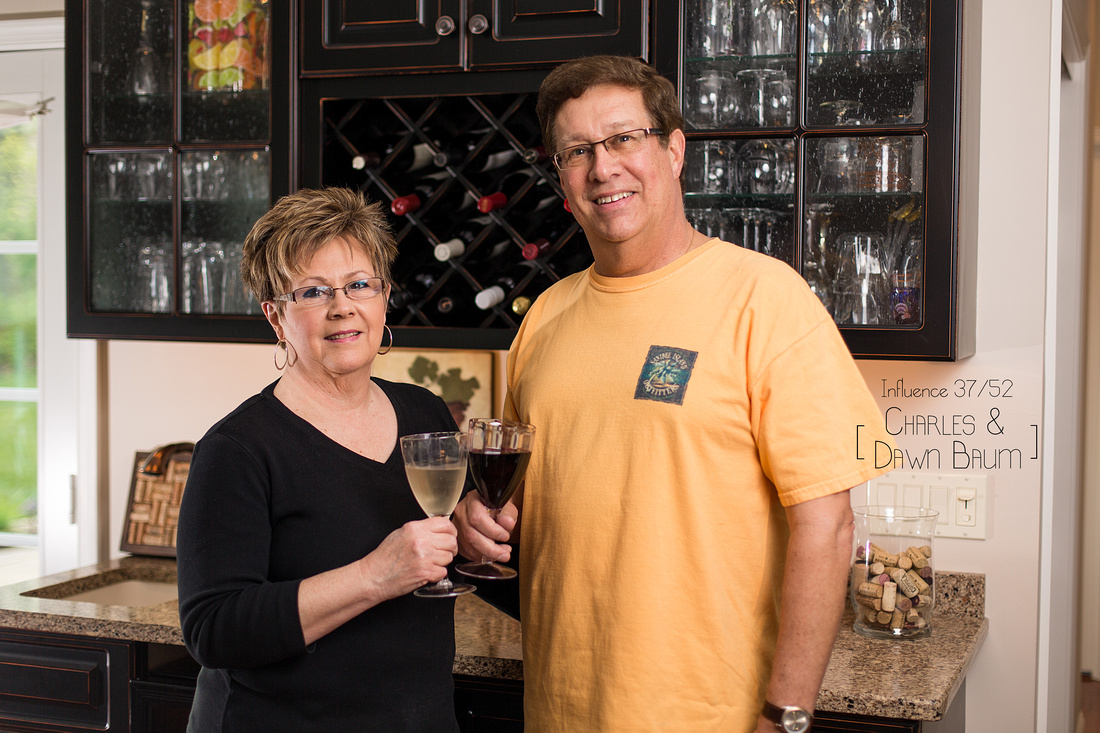 Mr. and Mrs. B. Entertainers, young at heart and down right good people.

The Baums are some of the nicest and most fun people I know. They have been a second set of parents now for over 15 years. During those 15 years, we have had some great times.

One of my fondest memories of the Baums was a New Years Eve Party, somewhere in the early 2000’s. My girlfriend at the time, Ashley, myself, Tim and his girlfriend were at a friends house. Things didn’t go exactly as planned so we had to come up with another plan. Last minute we asked his parents if we could join in on their party. The obliged, so we went over there not long before the ball dropped. That was without a doubt the most fun I have had on New Year’s Eve. We had congo lines going, party hats and favors, music, etc. We still have some great pictures that we look at from time to time from that night. It was such a great time.

Their son Tim, who is my best friend, and I really started hanging out mid way through high school. So I would spend a lot of time at the Baums house. They had a great finished basement with a ping pong table, later an air hockey table, couches, tv, etc. And because they were in town it was a great spot to hang out. I would spend many of my high school weekends sleeping over there. And it was a big bonus when the Baums would have a party with all of their friends over because it was a party for us too!

Dawn is a great entertainer and enjoys having company over. She spent a great deal of her life working at the Library in Perkasie and really helped keep that place a float. She is always smiling and has a great laugh. And she certainly loves her family to death.

And Chuck is one of those guys who you could turn to for anything. Easily one of the nicest people I have ever met. And even more than that is his dedication to the town of Perkasie. His rap sheet above goes to show you how much public service and volunteering he does. It’s unbelievable the amount of pride he has in his community. And he is the best listener you will also ever run into. To me, that is Chuck’s best attribute. He makes you feel important and really cares about you, genuinely.

I have so many great memories with the Baums but one that will forever stick out to me was just about two and a half years ago. Ashley and I found out we were pregnant with our son Cooper and were starting to let everyone know. Well the Baum’s had my family and Ashley’s family over to hang out on their new patio (that my Dad built for them!) So it was a great opportunity to tell Chuck and Dawn that we were pregnant. We both told them at the same time and their reaction was priceless. They started screaming and cheering. They gave us big hugs and even had some tears coming down their faces. They were so genuinely happy for us. And that sums up the people that Chuck and Dawn are.

Thanks for all of the great times and for being an extended family. Love you guys,