Finance Manager at Marty Sussman Acura. Tim has been working at Sussman Automotive group for 13 years, starting at the ripe young age of 19. Like a deer in headlights, he was clueless on how to be a professional or how to even be successful in the real world. He went from working at Perkasie Borough on the back of a trash truck to wearing a shirt and tie to work every day. Luckily, his love for cars made it easy for him to talk to people and associate with his new job. After sticking it out and climbing up the ladder he was fortunate enough to be offered the Finance Manager position at the Acura dealership. He has now been in that position for the last 7 years.

Tim is passionate about his work because he has found what he is exceptionally good at (some say he has been a salesman his whole life!) There is a lot of turnover in the car industry but Tim has been at it for 13 years now, with all of his success giving him a great deal of satisfaction. He is fortunate to have worked with some very talented people that have helped shape him along the way and taught him key things along the way. He has taken those experiences and integrated that into his own system to deliver fantastic rewards. Not everyone is lucky to have found a niche like he has.

Professionally, Tim has many accolades, although it didn’t come early on. Tim was never interested in school enough to be a good student. His teachers would comment on his report card that he was “not performing up to his ability.” However, now, he has worked hard to build the best Finance department in the entire company. Last year he finished number one in finance every single month and had 0 sick days. He told his parents that it only took him 32 years but he finally got straight A’s and perfect attendance!

Tim has many hobbies but he has been passionate about style and fashion for as long as he can remember. The earth is 4.54 Billion years old, so Tim thinks that you get 80 or so good years here on earth, so you might as well look and feel your best while you can! He hopes that his style tells more about him than the clothes themselves.

In his off time, nothing makes him happier than spending time with friends and family. Wearing a pair of sweatpants on the couch with his girlfriend Nicole and his dog Bitty or spending time with his parents or Sister’s family is when he is happiest. He’s been called many things, but nothing better than “Uncle Tim!”

Tim has had the most incredible life imaginable and for that he gives thanks every day. He could lose everything tomorrow and still be the richest man alive. He’s not that special himself - it’s the reflection and influence of his friends and family that makes him the man he is today. You won’t meet anyone as blessed as he is or anyone as grateful for those blessings. 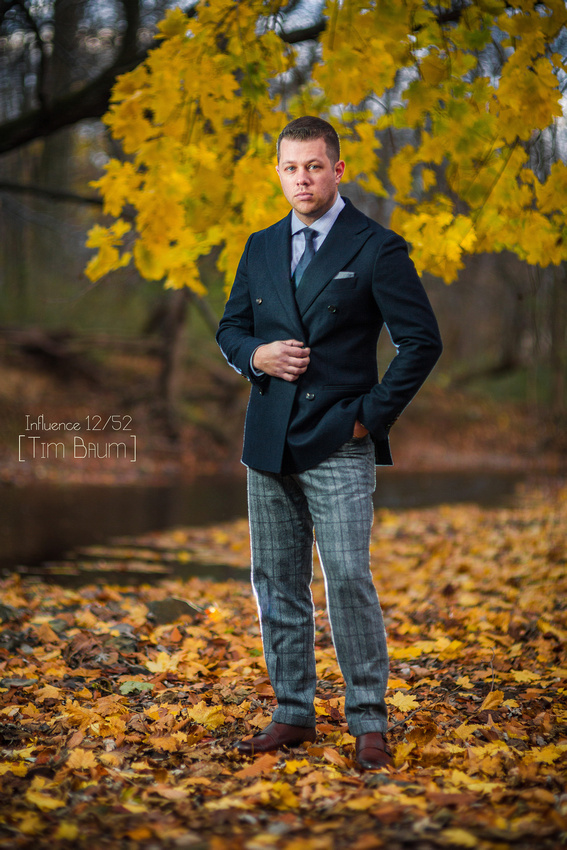 I really have no idea where to start here! I could start literally in a million different places and could write a book on each one of those. So I will make this a mish-mash of stories.
Like when I met Tim when I was in 9th grade, him 10th (he’s nearly 2 years older than me,) and asked him to drive me home from school. He had an early 90’s chevy nova - thing was ugly,slow and an automatic. So he’s driving me home and we are flying down rt.313 and he is fake shifting this thing, like it’s a manual. We are pissing ourselves laughing as he’s shifting this thing like it’s a Ferrari - we look up and a bus was stopped unloading kids. He slams on the brakes and we come about 2’ from slamming into the back of it. Once our hearts started beating again, we went right back to laughing.

I don’t know of any times that we have hung out for the last 15 years that one of us hasn’t laughed our ass off. It’s all we do. We have careers now, bills, responsibilities, significant others, etc. and yet every time we are together we act like we are 16 again. It’s one of the main reasons we have remained friends for so long. We kind of put life aside and have a good time. Not much can beat that.

Tim and I have always been into many of the same things: cars, golf, sports, etc. Back in our youth, we would attend the Carlisle Import Auto Tuner car show out in Carlisle. We loved it - Tim and I attended this show 3-4 years in a row and even entered our own cars a few times. We were at the forefront of the import movement in it’s infancy. And ever since we have (and he still does) owned various cars that we have modified in one way or another. It’s an addiction that many can relate to! But when you are 16-20 years old, cars are the ‘it’ thing. We were in heaven out there. So many funny stories from those weekends I really can’t mention…

We would vacation and take many trips together, many times with our, at the time, girlfriends. Atlantic City was the spot of choice for us - cheap hotel rooms abound! And one in particular, the Super 8 hotel on Tennessee Avenue. That was our spot. We spent many a days there over many a years. We would request the suite, 2 beds, the pull out couch, mini fridge, little table, etc. Yeah, it was real classy! A short 150yd walk to the boardwalk and we were in the heart of it all. Vacations, both of our bachelor parties, you name it, the Super 8 was the spot! If you could only have been a fly on the wall in that room over the years, yikes…So many funny stories from those weekends I really can’t mention…

High school and a few years out were our real hay-day together. Every weekend and some weeknights we would hang out. Usually we were at his parents house in their basement hanging out with a great group of friends. We would sometimes just chill and watch tv, play air hockey, ping pong, etc. Then Tim graduated and moved out, renting a house in town with a group of friends who had already graduated. That was great - I was still in high school and my best friend had his own house. Yeah, freedom! So many funny stories from those weekends I really can’t mention…

Tim tried the college thing his first year out, but didn’t make it very long. He went to Bucks County Community College but realized it just wasn’t for him. He started working down at Sussman Honda at the age of 19. He has been with them ever since. Tim is an extremely smart guy. He is one of the savviest people I know and very personable. His personality is infectious and people seem to gravitate toward him. I have always looked up to Tim as not only a friend but someone who I respect as well. He is always trying to do the right thing and is extremely giving.

Tim also has an extreme fashion obsession. He looks good, all the time. A few years back, I took his picture inside of his “shoe” room at his old house. Check that out here: http://flic.kr/p/a2S3vw
He loves his shoes - specifically his Jordan’s. Guy is a fanatic. You can read more about that from the above link. He dresses well for almost any occasion and has shoes to match!

Time catches up with all of us and so does life. Tim puts in many hours a week at work while I have my career and two part time jobs that chew up much of my time, not to mention a family at home! So it can be a hassle anymore to plan out dates/times to hang out. But we do our best. Whenever we can over the summer we try to get out and play golf. Both of us started playing when I was out at Millersville. There was an awesome course on campus that we learned to play on and we have been hacking away ever since. I used to be the better golfer but he has turned the tide over the last few years. I barely get out anymore while he is able to play a handful of times every month. It’s ugly for me but we still love getting out and playing together regardless of who has the best day. So many funny stories over the years I really can’t mention… Ok I will - like when Tim hit a shot off my face (not joking) or when he shanked one into a parking lot and hit a car. Aaaahhhh the good ol’ days!

Tim is a lifelong best friend. He is always there for me whenever I need a favor or some advice. Whenever we can (rarely these days) we try and do breakfast. It was something we did every single Friday while in high school. We loved it. And we try to do it as much as possible these days. But later in life, once things settle down and we get older and don’t have to work as hard, we are going to go to breakfast together every Friday. You know those old guys you see at a diner every week when you go? That will be us. I always admire those old guys and think to myself, I cannot wait for that to be Tim and I. We’ll talk cars, sports, brag about our families and complain why the coffee isn’t the exact right temperature. Those are the things I look forward to - and in between now and then, we’ll have so many funny stories that we really won’t be able to mention… Love ya, Tim