Andrew enjoys being a respected consultant and advocate for his customers. My greatest thrill is the knowledge that he sells and provides for medical products and devices to hospitals to help them provide care for patients in critical need. He enjoys the challenge and competition and the hard work to prove that the company, products and services best represent the customers’ needs. He also enjoys helping and motivating his colleagues to drive sales and provide the best service possible. Andrew has now been with Baxter Healthcare for seven years, with a sales territory in central and southwest Ohio. He has been a five-time consecutive Sales Award Winner, and the inaugural Division Sales Representative of the Year, 2011.

Outside of work, Andrew enjoys spending time with his loving wife, Julie, and of course, their three Chihuahuas - Mia, Kingston & Gizmo. They also enjoy stand-up comedians and city festivals. Whenever they are fortunate enough to have the opportunity, they enjoy traveling and experiencing new places, both domestically and abroad. Andrew also savors the opportunities that they have to visit with their friends and families back in PA/NY. Although his competition days are over, he still enjoys maintaining a high level of physical fitness and anything active.

Andrew earned his B.S. in Marketing from Lehigh University in 2005 and his M.B.A with a Finance Concentration from the University of Cincinnati in 2013.

As a wrestler, Andrew started wrestling as a freshman in high school with a record of 2-14. He ended his career with a winning record. At Lehigh, he was a varsity starter for the the 2nd ranked NCAA Division I Lehigh University Wrestling Team. He finished 6th individually at the E.I.W.A Conference Championships (top 5 places qualified for NCAA’s.) To Andrew, it was an incredible privilege to compete at that high of an athletic level and contribute to a prestigious program.

Andrew is grateful for and to his Mom, “Mom Riz.” 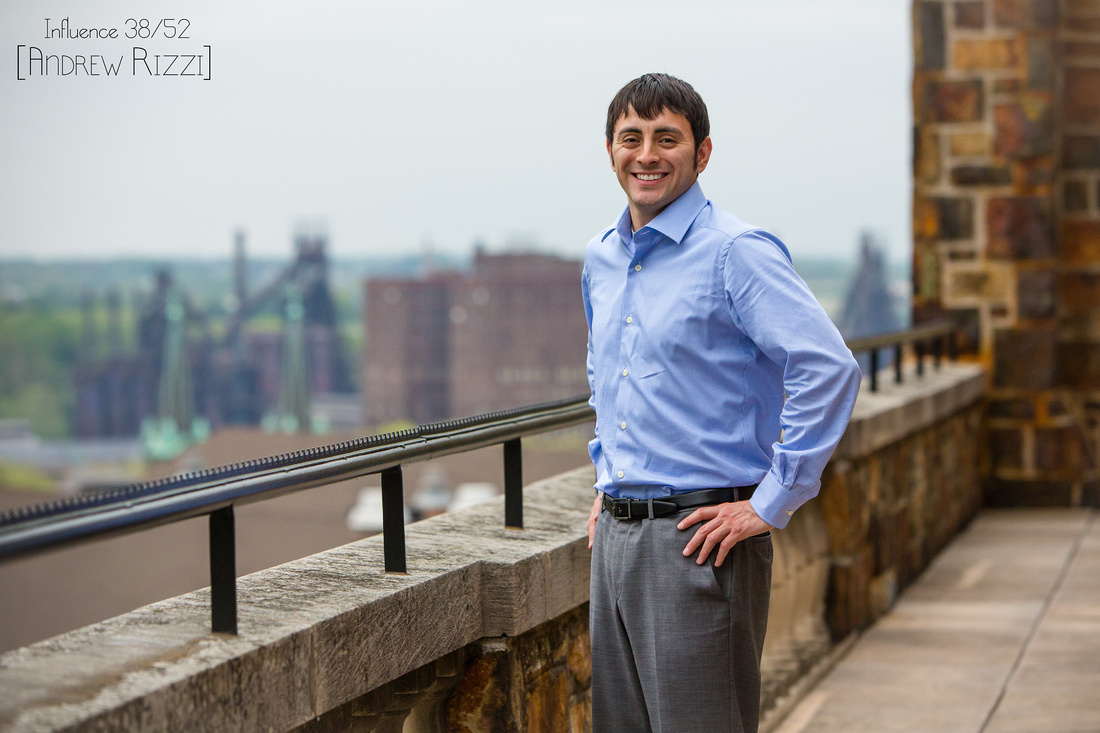 Rizzi was a good friend and teammate in high school. We wrestled together at Pennridge and enjoyed some fun times outside of the room as well. Andrew was one of the hardest working kids I had ever met. Everything he did was 110% and he never held back.

Rizzi started wrestling very late, as a 9th grader (atypical for most good wrestlers these days) and didn’t have a lot of experience. But he had a ton of drive and determination. He wasn’t the best wrestler by any means, but he was the hardest worker. His work ethic was by far the best in our wrestling room. And that work ethic helped him become very successful not only on the mat but outside as well. Rizzi went on to Lehigh University and also made the wrestling team. And if you know anything about the wrestling program at Lehigh you know it’s a top 20 team perennially. So cracking that lineup is an amazing accomplishment. So not only do you need to juggle an ivy league education but you also have to juggle weight loss and a grueling schedule to boot. Nobody could handle that better than he could!

I always looked up to Rizzi. I was a year under him in school so he was that older kid who you wanted to model your work ethic after. He had a motor that just wouldn’t stop. It would actually be annoying sometimes because he would always make you look bad! When you were tired and had nothing left in the tank, he was the one going harder and faster. We would lift and workout together which obviously helped as well because, again, he would try and lift more than you every time! He was also a fantastic student in school. His mom was an English teacher at Pennridge as well. And, coincidentally, I had her as my English teacher (god bless her! haha)

Andrew’s mom was basically our team mom. We would go and spend a ‘study hall’ with her after school for 30 minutes or so before practice got started. So we would spend time in her room just hanging out, getting work done and relaxing. She would bring in snacks and granola bars and stuff for us to eat. She was our wrestling mom and we loved her. But very sadly during my senior year, Mrs. Rizzi passed away unexpectedly from a blood clot. It was devastating. I still remember where I was when I got the phone call and heard the news. It was one of the closest people I had in my life at the time that died. And it was not fun. I felt so bad for Andrew, his mom was such a big influence in his life. It was also a huge blow for our entire wrestling team. She was such an incredible lady and meant a great deal to everyone on that team. Her viewing was so emotional. Like I said, she was one of the closest people I had in my life to pass away. Add to that how incredibly sad I felt for Andrew and that just made it miserable. But as with anything in life, you have to pick yourself back up and move forward. It came at a tough time with Andrew going off to college as well. So he struggled for a while. But as he had throughout his entire life, he worked hard and he came away with some great things. Like wrestling D1 for Lehigh, getting his degree, landing a great job he enjoys and just this past weekend, marrying his fiancee that he met at Lehigh.

Rizzi and I had some good times in high school, hanging out, wrestling and lifting. But one thing I will never forget was when he was up at Lehigh and invited me to hang out. It was my first year at Bucks County Community College and I was living at home and working construction with my dad. He was up at college, living in a wrestling house and having a good time. It was not long before this that my sister got diagnosed with a brain tumor. Times were extremely rough for me then. My grandfather was diagnosed with Pancreatic cancer and died within three months. At the same time we found out about my sister. So when he asked me to come up and hang out with him and some teammates, I was really excited. I would go up on Tuesday nights during the week to go bowling with them. It was something like $1 games and $1 beers so naturally, we took advantage! I went up a handful of times and really enjoyed hanging out with him and the wrestlers. I really felt like I was part of their group and they were a bunch of nice guys. It was something that I really needed and was a great release for me. I know the type of guy Rizzi is and I know he wanted to help me out. And I just want him to know how much that meant to me during that time. I am sure the experience of losing his mom helped him in his understanding of what I was going through. And to be able to learn from a tragic experience of losing your mother to helping out a friend who was worried about losing his sister is pretty incredible. And I can’t thank him enough for that.

Thanks Rizz for always being the gold standard of the student athlete, for having a work ethic that would make even the hardest workers jealous and for being a great friend.
Keywords: friend, hard, high, lehigh, lifting, pennridge, school, school, school, teenagers, worker, workout, wrestling
« Previous Post Next Post »

Nick Pompei Photography
Thanks Coach! He certainly is the man! Good behind the scenes story! Kid was a warrior
House(non-registered)
Rizza....the man!!!

Another great choice Nick!!! One of my all time favorites....great kid! His family was such a big part of my life during those years.