Kevin is passionate about teaching. He wants his students to become interested in American History. He enjoys teaching life-long skills within the classroom environment. He gets excitement from his job when his students get into History and become more involved in his classroom. After 19 years of teaching at Pennridge, Kevin is honored to be a part of the Pennridge Community.

Kevin is married to his beautiful wife Aubrey whom they have two sons with; Jayden (six) and Deklan (three.) Personally, Kevin is passionate about his family. He is fortunate to spend time together with them and enjoy many of the same sports and activities together. 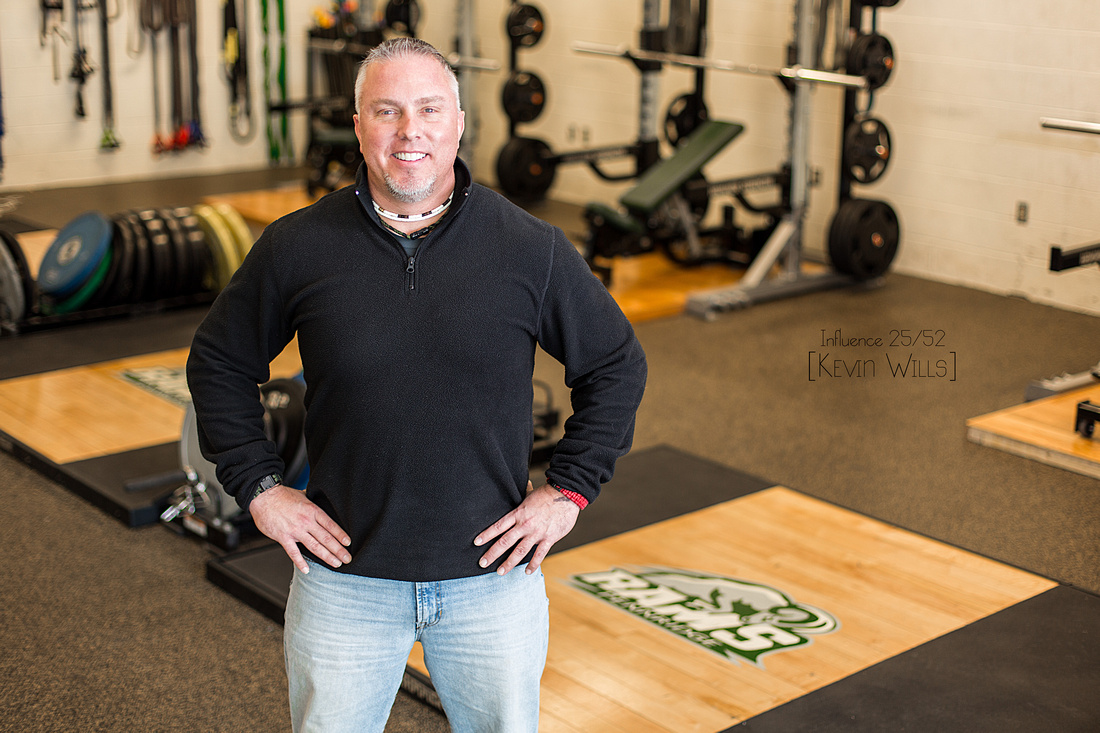 Coach Wills was one of the assistant coaches during my four years wrestling for Pennridge. He was a hard nosed guy with a fun attitude who could really get the most out of us. It was his lifting and workout efforts that helped transform not only me but many of us on the team into stronger wrestlers.

Coach Wills was our strength and conditioning coach. In the offseason, we would gather up a bunch of the team members and lift at the high school or go to the local gym. That local gym is now owned by another 52 week influence, CP! As a team we would drive over to the gym to workout so we could get a better workout. Our old gym at the time was literally a closet that was transformed into a ‘gym.’ It was bare bones and small. I can remember doing power cleans in the hallway! But, we made do. And Coach Wills was right there with us the entire time.

Coach Wills would usually lift with us as well. He would throw on his belt and go to town with us. At the time, I never really thought anything of it. He was a big built guy who clearly knew his stuff. So I just figured that most coaches did the same. That’s not true. And as I grew older and became a coach myself, I quickly realized that leading by example is not always the case. But Coach Wills was right there, pushing and screaming at us to work harder. He was vocal and got our guys to buy into the same. We would push each other by trying to lift more than the next guy. We would scream at each other to motivate ourselves. We also held competitions every few months to see who could lift the most combined weight. The ‘700’ club as a high school kid is a nice accomplishment. And we all tried to reach it, some of the bigger guys even going past it. (700 is a combined weight number from lifting bench press, deadlift and squat. Example, 200lb bench, 250lb squat, 250lb deadlift = 700lbs) Many of us went past that to the 800lb and 900lb clubs. It was a blast and it really helped us come together as a team.

Coach Wills was a fantastic coach because he was a leader. He led by example. If he would not have lifted with us, I do not think my drive and passion for lifting would be anywhere near what it is now. I wanted to work harder because he was right there with us. You couldn’t slack, you couldn’t drop down in weight. You had to go hard and do it right. And when I started coaching I brought that same mentality to my athletes. I try and work out with my kids at all times. I feel as though the kids push themselves harder, just as I used to. There have been a few occasions when I don’t run or lift with the kids. And they don’t like it. “Why aren’t you running with us today coach?” I think they feel slightly cheated and it really throws off their whole routine. But it doesn’t happen often because I don’t want them to have those feelings. I have had many of my athletes say to me, “You know Coach, all Coaches should workout with their wrestlers like you do.” That to me was an awesome validation of the hard work and time I put in with the kids. And, it’s also a validation of the hard work and time that Coach Wills put in with us, all those years ago.

I owe a great deal to Coach Wills for my drive to push myself harder and harder every time I workout and compete. His influence and passion in my life has helped further me in many many ways. All athletes should have a coach like him sometime in their life - we would all be better for it! Thanks Willzy!