Steve 'CP' Pattison. CP is a strength and conditioning coach who spent 17 years as the Football strength coach. He is now is the proud owner of a gym in Perkasie, PA - CP's Metal Health. CP has been involved in weight lifting for over 30 years.
CP is also the distinguished owner of 7 world championships of his own, while being coach of the year 3 times along with multiple world teams . In the little town of Perkasie, PA, CP has been involved with coaching 30 world champions!

CP is a humbled grandfather of 4 kids and has watched his own children have success inside and out of the classroom. In 2006, he was involved in a near death accident. He was hit by a drunk driver and left for dead on the side of the road. He was clinically dead and put into an induced coma. He suffered multiple injuries including both knees and shoulders being replaced, 4 fractures in his back and loss of touch from nerve damage. The doctors said if he made it out of the coma that he would most likely never walk again or be able to take care of himself.

I personally don't think the doctors knew who they were dealing with! While it has been a struggle every day recovering, he has come back and is walking and talking to prove them wrong. The guy is still competing in power lifting competitions even to this day! He loves lifting and that has motivated him to keep moving forward and getting better. He is thankful every day for being where he is in his life now. 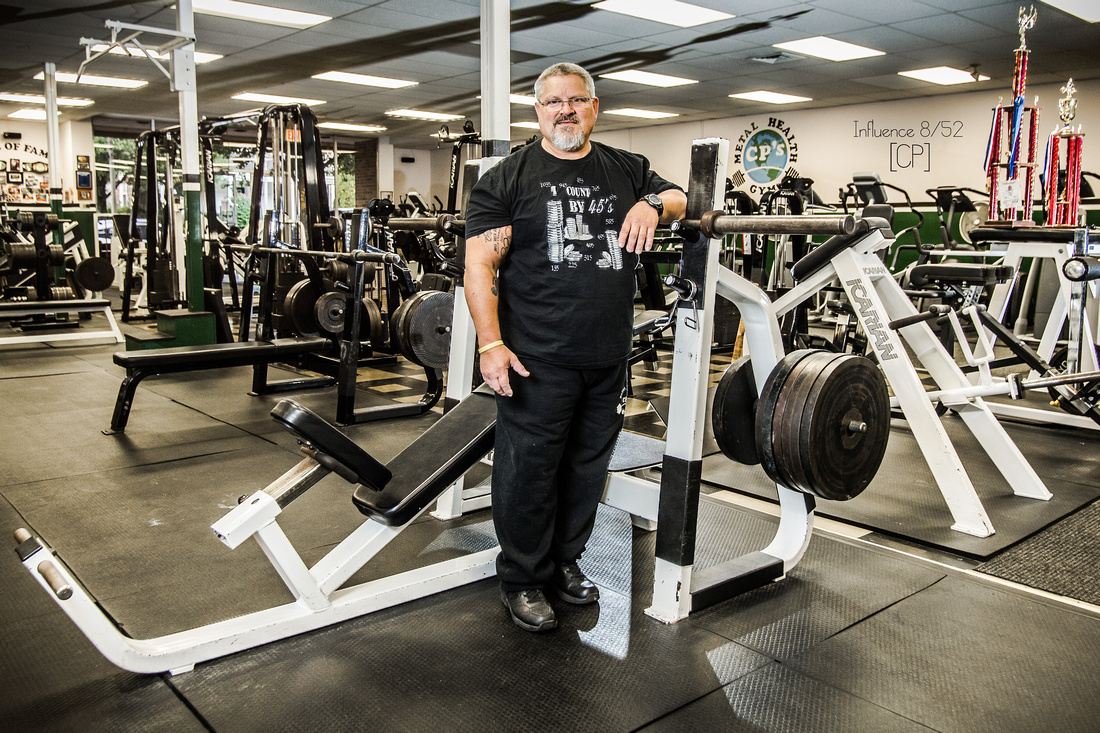 So CP was one of the very first people to ever show me how to lift. And by lift, I mean properly! In the off-season of wrestling CP would be the coach in our weight room instructing athletes in working out. I loved being around him and soaking in all of his knowledge. He was rough, tough and extremely motivating. But he was also extremely caring and invested in you. He would come down to our wrestling matches every night to watch his lifting wrestlers compete. While he was not an official coach of the team, he would be there cheering us on and motivating us before we went out onto the mat. And believe me, when CP got a hold of you to pump you up, it worked! He is intense!

At our High School, Pennridge, CP started a power lifting team. I was there in the first few years we got started. CP asked me to come along to a powerlifting competition at Glen Mills high school. While I was not nearly strong enough to compete for any sort of award, he wanted me to come along and get experience. I learned how to properly power lift with all of the rules associated. And it was great seeing fellow students lift incredible amounts of weight. Something you don't forget. Now a days, CP has turned the power lifting team into a national power house. He brings handfuls of kids out to Las Vegas every year to compete, never leaving without world records and titles! Amazing how far they have come and all under CP's guidance.

Even though CP is more or less a 'power' lifting coach, he stresses technique. In power lifting, you actually need proper technique. If you don't hold a lift long enough, it is not considered legal. So he always stressed to me how important technique was. And this has stuck with me for the last 16+ years since being with him. My philosophy is not necessarily the weight, but the proper form. I am a firm believer in form over weight. Ever see a big guy in the gym doing bicep curls with tons of weight on? And ever see that exact same guy rocking back and forth while trying to lift that weight?! Yep, totally wrong. Using your back and momentum to lift that weight is doing nothing for your biceps. Lower your weight and do it properly.

As I have become the strength and conditioning coach for our wrestling team for the past 5 -6 years, I have stressed this same moto. I always make my kids start with low weight and learn how to properly lift. Too many people have no clue how to lift and especially how to do it properly. And you cannot really blame them, they never had anyone train them or teach them properly. This is why CP was such an awesome guy to learn from. And I am extremely grateful to have had him in my life, especially when I did. As a young 14-15 year old kid, learning from CP set me up for the rest of my life. I now get to pay that forward every year with my student athletes. I am not only teaching/coaching my athletes but I am lifting right there with them. I try to be that role model and give them something to model after. "Mr. Pompei, you have the craziest form I have ever seen when you lift. It's, like, perfect." I hear it every single year from my athletes. And every time I hear that I smile and think to myself, "Thanks CP!"