Glenn has been involved in wrestling since he was a little kid and is now coaching high school in his 22nd year. As a graduate of Hatboro-Horsham, Glenn returned to coach his alma-mater after long time legend Ralph Wetzel retired. Since then, Glenn has garnered 100+ coaching wins, a 2008 SOL coach of the year award, two Sectional Team Championships, a District Team Title, multiple Sectional, District and Regional Champions along with a five year streak of continuous State Place winners.

Glenn is passionate about developing boys into young men through the life long lessons that are learned in the sport of wrestling. For him, the most exciting part of coaching wrestling is when the whistle blows and the match begins. "I become the most intense individual on the planet - what a rush!"

He enjoys helping his athletes execute and win a match. But this sport is not just about winning. Glenn knows that surviving the sport of wrestling means that you will wake up everyday for the rest of your life with nothing in front of you that you cannot overcome.

Glenn is also an avid golfer and is an assistant for the H-H golf team. So when he is not mat-side, you can find him on the greens! But his true passion lies within watching, coaching and living wrestling! He is a District One Wrestling Steering Committee Member, and All-Academic Chairmen and an OPC Specialist (this is the organization that regulates wrestlers weight loss and hydration levels.) He is also a writer and contributor for several wrestling media outlets. 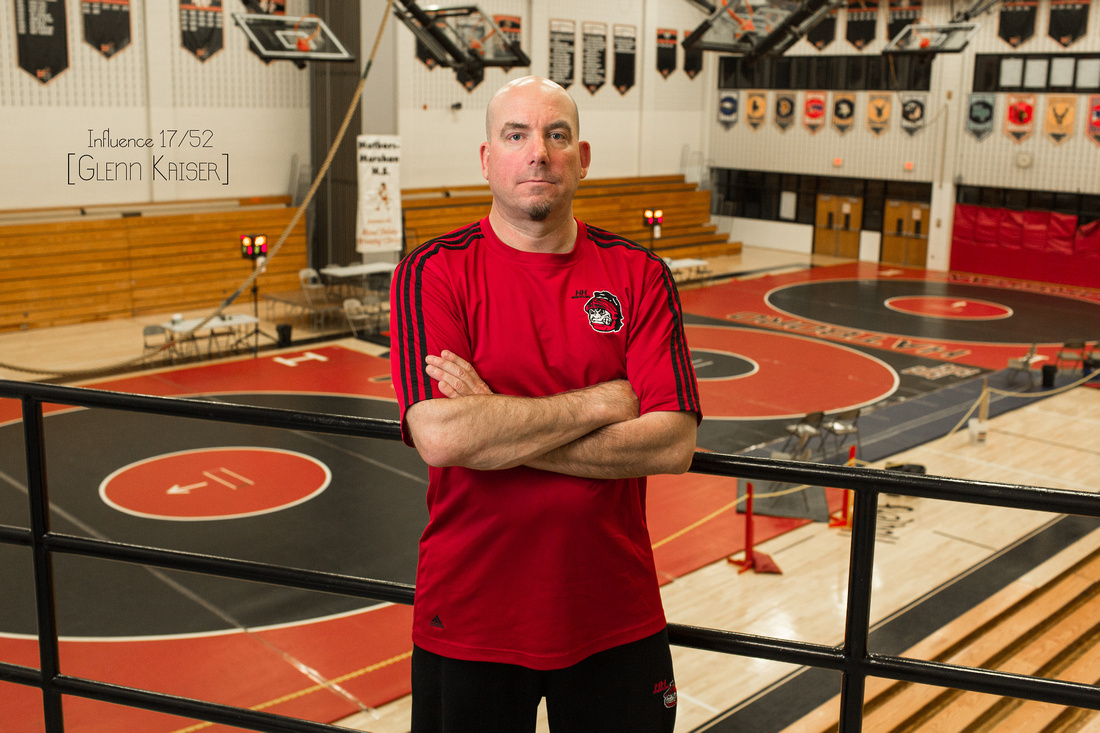 Coach Kaiser - energy, passion with a small side of crazy. That's coach Kaiser!

I first met coach my first few weeks of teaching at H-H. The long-time Tech Ed. teacher I was working with told Glenn that I was a wrestler and I had just come from Holicong Middle school and was the Head Coach there. He came into the back office where I was and introduced himself. He asked me if I wanted to coach and then asked if I wanted to coach at the middle school. I kind of laughed and said I really appreciated the offer. But I was done with middle school! I really wanted to coach at the high school level and it's really where I thought I could help the kids the most. So he said okay, you can come on as a volunteer for this year and see how things go. Well, 7 years later it has been an amazing ride.

I was extremely fortunate that my first three to four years we had outstanding teams. And during those years those kids really fit into the mold that suited my skills. They wanted to learn and wanted to work hard. I became the pseudo strength and conditioning coach and that is really where I thrive. We had kids who wanted to workout all the time and I was just proud to be a part of the long run we had. In fact, for the first five years I started coaching, we had a streak of State Place winners every single year. That is a major accomplishment in the state of PA.

Glenn is extremely passionate about wrestling. It's his sport. He lives and breathes wrestling. It's in his blood. And as a young coach coming up, he is an awesome guy to be around. His passion is infectious - he turns you into a more focused and driven coach because you have to keep up. You really don't get to rest around Glenn - it's 100% all the time. He volunteers our gymnasium for multiple events. He loves setting up and hosting wrestling in our gym. In fact, just yesterday we wrapped up the 13th annual Ralph Wetzel Wrestling Classic. This is our big tournament of the year - 24 teams with hundreds of wrestlers for both Varsity and JV. Our main gym (see picture above) and our auxiliary gym have three mats going and hundreds of fans and kids jammed in. It is an extremely hectic three days of setting up and running the tournament. But it certainly is worth it. We are constantly being told what a good job we do and how well the tournament runs. It's what we strive to do.

Glenn is great with the kids. He has not only his intense passion for wrestling inside of him, but he also has the Psychologist in him from his counseling service. You can always see how he tries to take various angles with different kids. It's really great to watch from my point of view. Every kid is different - they have different needs, social developments, maturity levels, toughness, etc. It's a giant equation to figure out. But Glenn can nail down the right way to solve their equations and get the most out of them. Sometimes it's tough love. As in the toughest these kids have ever had. Sometimes it's a laid back approach. Sometimes he will talk with them one-on-one to get inside their heads and counsel them. It really is a form of art work.

And it works. It works really well. Because H-H has the best wrestling alumni I have ever seen. We regularly have our past wrestlers come back to help. Not only to coach but to help roll around in practice and volunteer at events. These kids don't just come back because it's cool to hang out at your high school! They come back because they want to give back. I think they feel as though they have been given something in their life they really can't explain. They have been given plenty of life lessons on how to be tough, how to overcome and how to become a man. And I think as they grow older they realize it's something that can never be repaid. And they want to be around it again because it's something that normal life just doesn't give you. That's wrestling and there is no one else who can help coach those skills better than Glenn Kaiser. Well done Coach.