Jeremy is extremely fortunate to be able to combine a personal passion with his educational background of Marketing & Sales Management in a profession that he can actually make a career out of. Nobody understands what he really does, so he just says he sells beer. Amazing beer. Damn tasty beer! Specifically, Jeremy is the Sales and Marketing representative in Pennsylvania for Deschutes Brewery. He has been in the beer industry for seven years.

Jeremy is personally passionate about many things. He enjoys music, leading a healthy lifestyle, the beach, sports, beer, friends and family and making fun of his brother-in-law - wait a minute… 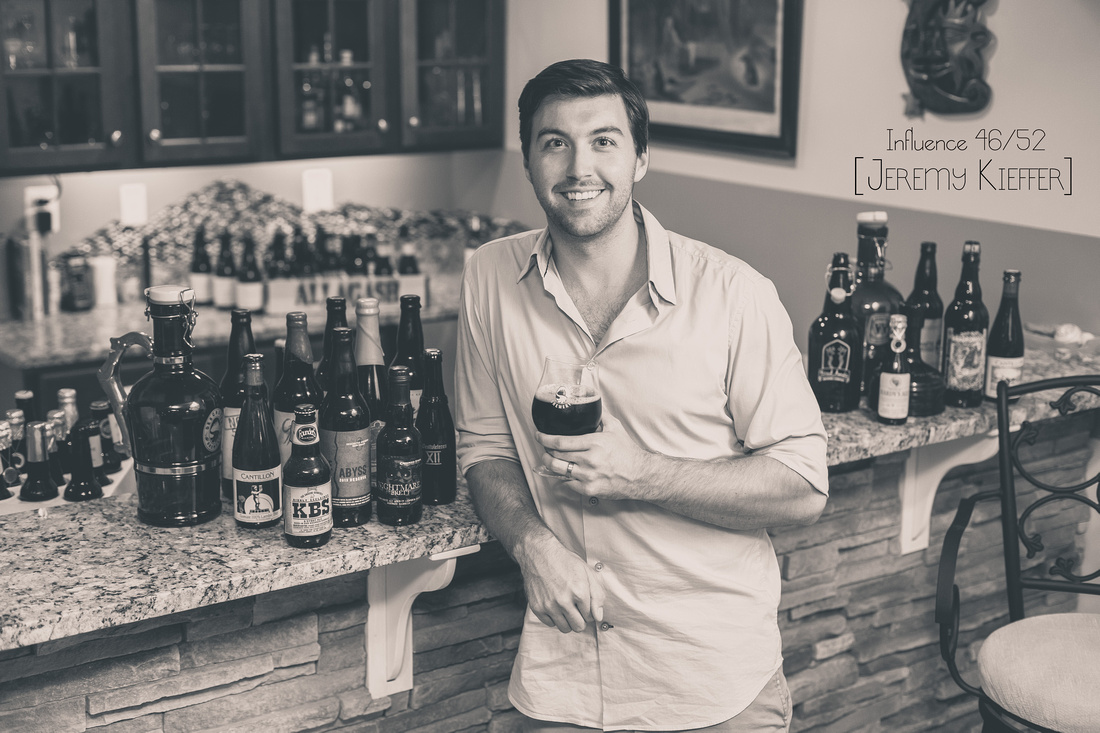 Jeremy with all of his closest friends

I love my wife’s family. They are the best. The only reason I was hesitant to marry my wife was because of her brother. Jeremy is, well, he’s a bit of a pain. Let me explain:

Jeremy enjoys many of the same things I enjoy. That’s annoying. Jeremy introduced me to the wonderful world of craft beer, effectively adding countless empty calories to my diet and making me spend way too much money. He goes on vacation with us and cuts his head open within the first 15 minutes of being there just to take the attention away from me. He gives me tons of free beer to drink, making it seem like I am too poor to buy my own. He buys extravagent beer, and shares them with me instead of just rubbing it in my face of how nice of a guy he is. He shows up at my friends wedding and tears his ACL and MCL while showing me up on the dance floor.

So you can clearly see why I can’t stand having him as a brother. It’s very difficult to be around Jeremy. But I have put up with him ever since he was a 14 year old little dork. Just shows how much I love his sister and parents.

Joking aside, Jeremy has become one of my best friends and has truly become my brother. We share so many of the same interests. We both enjoy trying to get to the beach and surf, especially on vacation down in the Outer Banks. We also love to drink beer. Jeremy has really found a great niche in the beer industry and as he mentioned above, has turned a passion into a career.

Five years ago, my best friend Jay, Jeremy and I went on a road trip down to St. Augustine, Florida. We then stopped at a bunch of different beach towns on our way back, taking out time and to see the east coast. It was that week that Jeremy introduced me to craft beer. Being a crappy Miller Lite drinker, I let my guard down and boy am I glad I did. He eased me in nice and slow, starting with the lighter beers so I could develop a good taste. Slowly but surely, I came around and now I absolutely love craft beer. And now that Jeremy has worked for two different craft breweries, I get the chance to try new beers before they hit the market and hear the inside scoop on what’s coming next and how the brewers decide on their beers. The other fantastic perk of having a brother in the industry is his penchant for rare brews himself. He has shared some very rare and expensive beers with me that I would never have even known about had it not been for him. It’s a give and take relationship - he gives me good beer and I take them!

Jeremy and I have a great relationship besides the booze. We love trying to surf together when he doesn’t get his head split open by his surf fin right when we jump into the water. We have vacationed down in the Outer Banks for years now and love getting out whenever the surf is up. We will both stand on the deck watching the waves break looking for the best time to head out and the best spot to go. And now that I have Cooper in my life, I cannot wait until we can bring him out with us!

I love having Jeremy in my life. He has been my brother for nearly half of my life and I wouldn’t change a thing. I love spending time with him in whatever we get to do together. And now that he has moved back to the area, it makes spending time together that much easier. Thanks for making me a drunk and for letting me date your sexy sister. Dork. Love ya.