Steve is teacher and coach in the Central Bucks School District. Steve has been teaching now for 22 years and coaching for over 30 years. He earned his Master’s degree from Rider University.

As a teacher and coach, Steve likes working with all the different personalities on a daily basis. His relationships with students and athletes are important to him. He hopes to give them something that is relevant in their life so they can become successful in their future endeavors.

Personally, Steve is passionate about his family and he enjoys spending every minute with them. Life is too short, so spending time with family always comes first for him. He also enjoys staying physically active by getting outdoors, golfing, running, hiking and biking. He’s also a sports fan of wrestling, football and baseball.

Steve has plenty of athletic accomplishments in his lifetime. His senior year at Central Bucks West High School, he won the prestigious Maxwell Award for his exemplary play on the football field. He was a two time PIAA State Wrestling Qualifier while at West. And for his athletic contributions in football and wrestling, he was inducted in the Hall of Fame at Central Bucks West. Steve chose Rider University to continue his education and wrestling careers where he became a two time NCAA Qualifier. 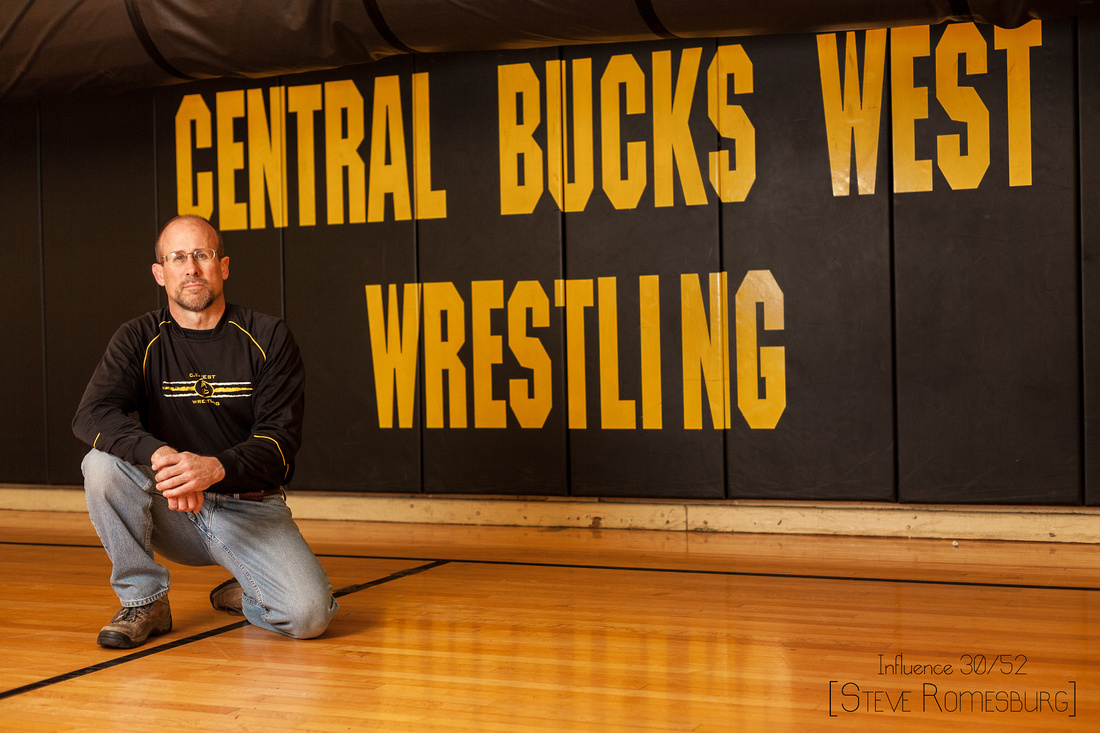 Coach Romz. The last of the great coaching staff that we had at Pennridge (Coach Rittenhouse, Coach Wills.) Coach Romesburg joined during my sophomore year. I only had one year under my belt and I really was liking the coaching staff. So when Romz joined I was a little protective. "Who is this guy," I used to think. But after just a few practices I knew he was a great guy.


As mentioned in my previous posts (see links above) we held some grueling and brutal practices. So on the first or second day, after our 3 mile 'warmup' run, we headed out to "Championship Hill." If you have ever been to Pennridge High School and  have sledded or run up that hill, you know the folk legend that it is. It's a very steep set of hills. Coach Romesburg brings us out back to the hills to run sprints. So I am thinking to myself, this guy doesn't know what he is doing. What's really going on here? Does he even know what this hill is?! He did. Oh he did. He ran the first one with us. I was shocked. I really couldn't believe it! I immediately had a ton of respect for him. Little did I know he was an extremely accomplished high school and college wrestler who was going to bring some great things to our program.


Coach Romz was the technique guy. He was very good from bottom position and had plenty to show our team. He was a great coach to have around and a great guy to be around. He can be hard-nosed and demanding but he also has a fun side to him that was welcomed during a wrestling season. We would call him "Romesburger," "Burger" and of course, "Romz."
The coaching staff we had was incredible. Strength and conditioning, technique, technique and grit, you name it, we had every avenue you could possibly ask for. I didn't know any better at the time, but when I look back now, I am amazed at that coaching staff. Great guys who came together for a few good years and I was extremely lucky to have had them as my coaches.


I was fortunate enough this year to have a first in my coaching career - to coach against an old coach. Talk about coming full circle for not only myself but for him as well. This past season our first match of the year was against CB West, where Coach Romesburg is now the new head coach. So it was a unique situation for me to be able to coach my kids against a coach of mine from high school. The kids and parents at West are extremely lucky to have a  guy like coach Romesburg not only on their staff but leading the team as the head coach. Coach Romz is a very caring and passionate  guy who will give you everything he has. He's also a good family guy and teacher. He's certainly someone I have looked up to ever since that first day we met back in my sophomore year in high school. Thanks for everything coach, glad you came to Pennridge - it was a decision that I am glad you made! Best of luck at West!

Nick Pompei Photography
Great words, thanks Coach. The meisterburger was a great addition to our room. Thanks for the response, good having you aboard! Haha
John Rittenhouse(non-registered)
I was extremely blessed to have the BurgerMeister MeisterBurger part of our staff. Steve(who I never in my life called Steve) was our grad assistant when I wrestled at Rider and I knew at that time that he was a special guy. He coached with heart. Guys like him don't come around often, so when I had the opportunity to get him on our staff....let's just say I didn't let the grass grow under my feet. A little known fact by some is that Steve's father was the Pennridge Head wrestling coach during the 70's.

The only regret I have during Burgers' time with us is that he was there for all the hard work and was a big piece in the "building" process. Unfortunately he didn't get to be with us during those record setting years but his finger prints were definitely on those success's.

I cannot say enough about him. Great Guy. Great Father and Role Model!