Mike Mignogna first graduated flight school as a helicopter pilot. He was a Captain and Company Commander for eight years. However, in the reserves unlike active duty, higher positions would require moving and traveling to Ft. Bragg, NC (instead of his home in Warrington, PA - formerly stationed at Willow Grove Joint Air Base.) So he chose the Warrant Officer ranks and is now one of the pilots that he used to command. He has been serving this country for 27 years.

Mike is also a Wellness teacher at Pennridge High School and a former Junior High Wrestling Coach of six years and an 11 year Freshman Football Coach. This is his 23rd year of teaching.

Professionally, Mr. Mignogna enjoys working with the students each year as a Wellness Teacher. He likes the fact that he can instill a lifelong active lifestyle in his students. Seeing his previous students stop by his classroom to say hi and update him on their life makes his day! He has also developed lifelong relationships with a number of the staff members at Pennridge.

On the military side of things, Mike works, flies and deploys with a bunch of great guys. He can’t think of a more enjoyable way to serve this great country than to be doing what he does, piloting aircraft for the Army. His mission has a clear purpose and executing it successfully is what gives him satisfaction!

Mike has a Master’s degree from Beaver College (now Arcadia University.) He was an HHC Commander (2-228th) for five years from 1994 -1999, a Company A Commander for three years from 2000  -2003 and has been deployed to Bosnia, Kuwait, Iraq and Afghanistan. He has also earned four air medals.

Personally, Mr. Mignogna likes to give full effort into whatever he is doing. Whether that is teaching or his duty in the military, he believes in doing your job to the fullest capability and doing your best for you and all involved. Get the most out of yourself and those around you or by teaching. Don’t waste your day; be productive. He enjoys spending time on vacation down at the shore with his two children and his wife. He also enjoys getting together with friends. He couldn’t ask for two better jobs to have than as a teacher and a pilot flying for his country!

Mike is extremely fortunate to have such great family and friends! 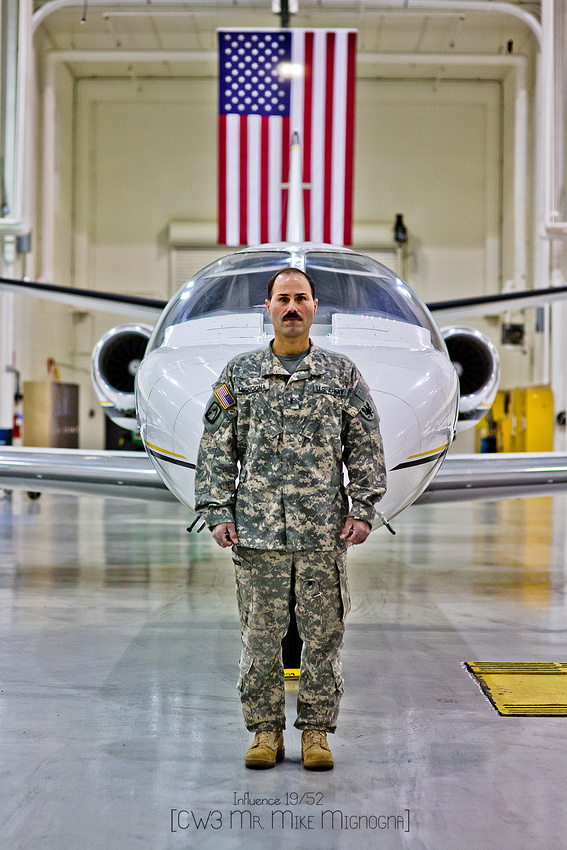 Duty. Honor. Sacrifice. Courage. You can pick every superlative in the dictionary and they would all fit for Mr. Mignogna. But don’t forget “damn good guy.”

Mr. Mignogna was my junior high wrestling coach. He was one of the first people I knew who was active in the military. And he wasn’t just in the Army, he was an active helicopter pilot. As you can see from the picture above, he is not your typical American. He’s a tough looking guy. And when you are a 12 year old middle school punk, it’s a bit of a slap in the face when this guy comes rolling into practice. And when he rolls into practice in his fatigues and aviator glasses, you want to shrivel into a ball in the corner and suck your thumb! Yeah, he has that kind of presence.

I will never forget my 7th grade season when we were at North Penn for our end of the year tournament. Mr. Mignogna came late because, of course, he was in flying that morning. So we are there hanging out and waiting for our time to wrestle. Well mid way through the day, I look up and there he is. He comes strolling in through the door, high black army boots, green flight suit and aviators on. I swear the room went silent - it was like the Terminator walked into the building. He was so damn official and had such a badass presence about him. As a middle school kid it was awesome knowing he was your coach!

Mr. Mignogna taught me respect and discipline. I didn’t want to cross his bad side and certainly didn’t want to let him down. So I matured quickly from wrestling and learned to work hard while at practice. He would make us run wind sprints down the back hallway and pushed us mentally. I have some great memories from those two short years. We won the league championship my 8th grade year. And the league match came down to our in-district rival, South Junior High. I went to Central Junior High and our rival was the other junior high in the district, South. And that match was the biggest of the year and it was a battle. We all knew their wrestlers and they knew us. Most of us grew up wrestling together so we had wrestled each other before. But now it was for a different team and it was for all the marbles. My matchup was with a friend of mine, Matt Strobel. He was super strong and every time we wrestled the match was decided by one or two points. I beat Matt that night and we ended up beating South and won the title. The best part about winning the championship? The Pizza party that the coaches promised us! Haha. We were happy about winning the title but we cared more about free pizza.

Mr. Mignogna is a selfless guy. He has been active in the Army for 27 years and has given up a lot of freedoms that many of us take for granted. He is deployed for months at a time and is constantly away from his home and family for training and flying. I respect the hell out of the guy for doing what he does. How he could coach and teach with the schedule he had plus take care of his family is beyond me. It’s the definition of dedication. I could go on and on about how much respect I have for any and all military people. What they give up on a daily basis to let you and I enjoy our lives goes largely unnoticed. Mr. Mignogna not only serves this country and has done so for over 25 years, but he is also a teacher and a coach. It is hard to think of three things more worthy in life than what he does. And he goes about those things with such class. He is one of the nicest people I have ever met. He taught me hard work and respect. Two things lost among many youth today. If there were a million Mike Mignogna’s in this world it would without a doubt be a better place. I cannot thank you for all that you have done and all that you do, Coach. It was an honor and a privilege to be your student athlete and to now call you a friend. Thank you!