Dr. Litowitz is passionate about teaching and working with young people. His quote, "In my mind I feel like I am still 16, although my body is a lot older." That is a classic line from Dr. Litowitz!

His passions include international travel, going to the shore and all water sports. He enjoys a good boat ride on the bay, a day at the beach, reading, eating good food and cheering for his New York Rangers and New York Yankees (we will overlook this...) playing with his cats and a big glass of cheap wine. "Save the snobby stuff for someone else!." Another classic Dr. Litowitz comment! Haha.

His professional highlights include a study/tour of Britain's Design & Technology curriculum with other Pennsylvanian's, serving as President of both PA State and National Associations, authoring a number of grants, writing his own books (to which I still own!) and plenty of passionate teaching. Personal highlight are a 30 year marriage milestone that is approaching, raising two children, and surviving a heart attack. 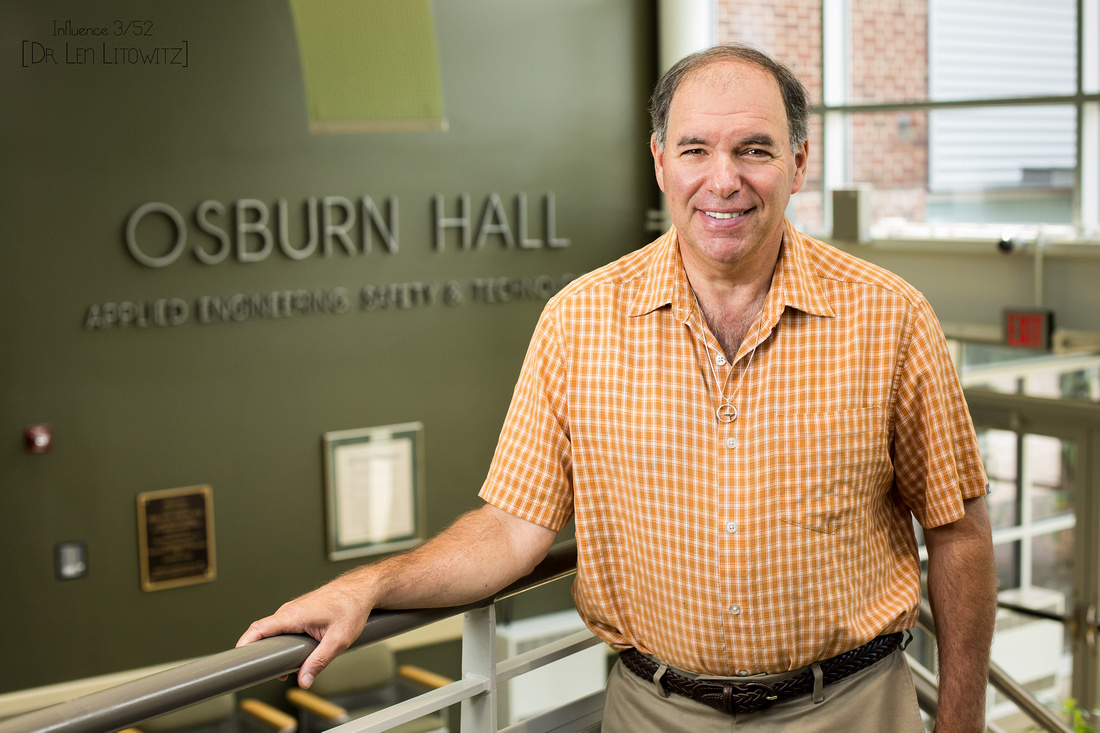 If you could gather from the funny quote's above, Dr. Litowitz is a character. He was one of the first people I met while on a visit to Millersville. Actually, he wasn't the first. He came after meeting two "higher administrative" people when I went on my first official visit. I met with those people first because I was in need of some help in getting into MU. I needed to, well, do some ass kissing. See, my grades stunk. I screwed around my first 2.5 years of high school and had poor grades along with an SAT score that would rival a 4th grader. Needless to say, trying to get into MU's education program was not going to work out. These "higher administrative" people wouldn't give me the time of day. My parents and I drove out there to be told I would need better grades, scores, etc. It was a waste of time. At least, I thought. See, I got to meet Dr. Litowitz later that day when touring the campus. I went into his office and he introduced himself. He was the first person I met at MU who cared. He told me what I needed to do, how to get in, etc. He had a heart and I will never forget that.

The irony of this story is that not long after that meeting, Dr. Litowitz had a very bad heart attack. Luckily, he survived and was able to come back teaching. So sadly, when I finally got to MU, Dr. Litowitz was recovering and I could not take his Energy, Power and Transportation class. This was an iconic class at MU and every who went through MU talked about. Unfortunately, I didn't get to have Dr. Litowitz as a professor that first semester, I was able to have him later on as a professor and he became my pseudo counselor. My assigned Tech. Ed. counselor also could care less about me, but not Dr. Litowitz. He had his own students to guide but he helped me out whenever I asked.

Dr. Litowitz is a worker. He is constantly involved in his profession. And it's not only his involvement, but his promotion of our area of study. He is constantly attending conferences and has helped lead organizations to further Technology Education. He is extremely dedicated to the University and his students. I enjoy seeing Dr. Litowitz every year.
* warning, acronym overload...*
It's guaranteed that I run into him at our TEEAP (Technology Education & Engineering Association of Pennsylvania) conference and out at the TSA (Technology Student Association) conference in Seven Springs. While at MU, I was part of a club, TECA, (Technology Education Collegiate Association) which was the most enjoyable time I had educationally. We went down to Virginia Beach every year to compete and had a great group all 3 years we went down. It was a blast. Dr. Litowitz was the lead advisor and he was great to have around down there. Experiences like that you never forget. I loved hearing his stories that he told with a hilariously dry humor.

Do you know those people who never say no to anyone? They could be busier than the President but it wouldn't matter. They are always willing to help. That is Dr. Litowitz. Without his help and guidance I never would have graduated on time. He put me into the classes I needed to be in and helped me figure out my schedule every semester. He is an awesome professor who loves what he does. He is the type of person you always want to be around to hope some of his energy wears off on you. Anytime I run into him he is always asking how I am and how teaching is going. And more than that, he is a mentor who I consider to be a friend.

Thank you Dr. Litowitz - your guidance got me through MU and into an awesome career!