Mr. Sean McKnight - Educator. Sean has been teaching for 21 years now at all levels. Currently, he is teaching at Penn Manor school district and Millersville University. Sean teaches high school in the morning, elementary in the afternoon, then off to Millersville for evening classes with college students. He loves teaching and helping out all levels of students and feels that learning is a lifelong venture.

Sean is passionate about his family and spending time with them as they grow. In his spare time he likes to hike, fish and spend time outdoors. Sean is a football guy at heart too. He has coached every level from Pop Warner all the way to the professional level for nearly 20 years. He is also currently employed by the Philadelphia Soul Arena League team. As I said, the guy is one busy and hard worker!

He has many accolades in his career: He has won several photography awards, was named the Outstanding Educator from Penn Manor School District, has piloted and started the first elementary school applied engineering program in the state, recognized by TEAP (Technology Education Association of Pennsylvania) for the article of the year, won a national championship with the Reading Express indoor football league and was most recently recognized for the outstanding Elementary Applied Engineering program in the state! Like I said, this guy does it all! 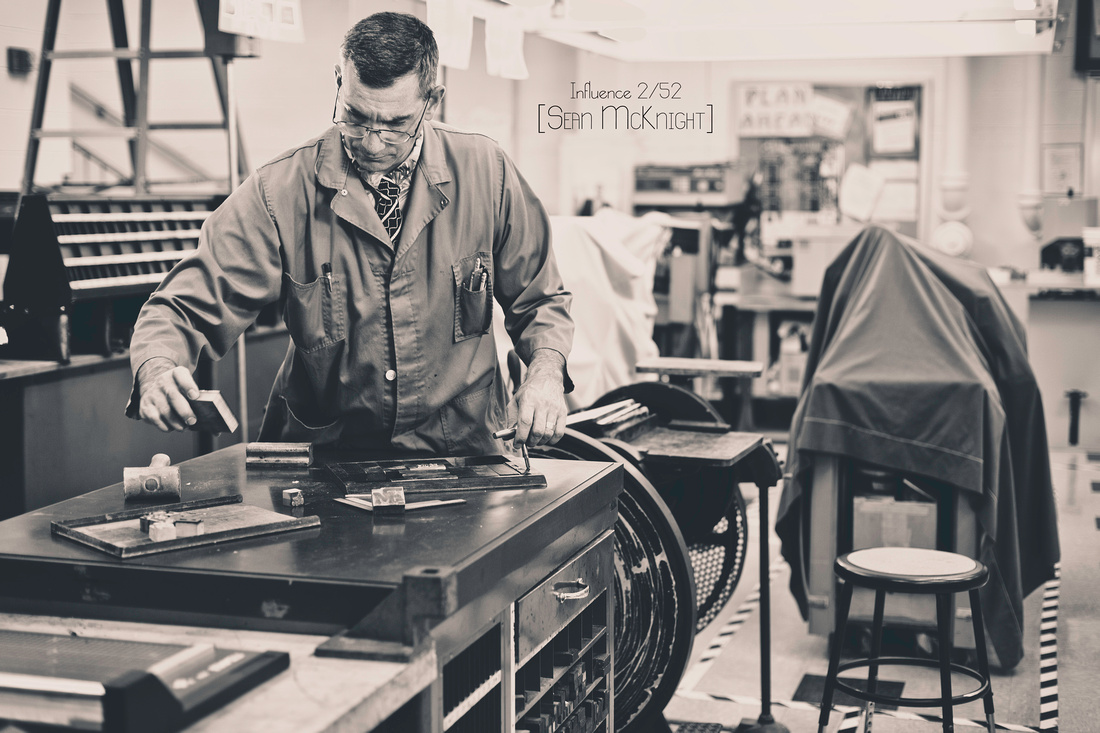 Sean was my mentor teacher during my student teaching while at Millersville. I could not have asked for a better person to help me along as I was learning how to be a teacher. Penn Manor (which is the High School in the town of Millersville) has an incredible Technology Education department. They have a huge wing all dedicated to Tech Ed with multiple teachers working in a multitude of concentrations. All the guys in the department were great to be around and very helpful. Not to mention, they made me feel like I was part of the department which really helped my confidence at the time.

I was lucky to get placed with Sean who mainly teaches digital photography, some graphic design and printing. It was a perfect situation for me. Sean has a commanding presence about him. He's a big guy and teaches with authority, yet has a fun personality with the kids. After just about 2 weeks of being with him, I felt at home in his classroom and he let me start teaching lessons by myself. I had command of the classroom and it was awesome! I really enjoyed the group of students I had while at Penn Manor and they will always be a special group for me. Sean was always there, giving me insight, pointers and tips to help me along. He never gave me a perfect score on my observations and explained he really wouldn't until the end of the semester. And I am glad he didn't because it kept me hungry to strive for perfection.

Sean got me involved in TSA (Technology Student Association.) This is a national club for Tech Ed students to create projects, compete in events, etc. I had been involved in TSA but Sean let me become an advisor for his club and take them to their competitions. One of those was the State conference out near Pittsburgh (Seven Springs Mt. Resort.) This trip taught me how to handle kids outside of the classroom, interact with them and got me experience that I use every day. I now run my own TSA club at H-H and take my kids out to the State Conference every year. It's something I look forward to every year and so do my kids. I may not have ever gotten involved in TSA if it weren't for Sean. And worse yet, my kids wouldn't get the experience they do now because of it.

Sean is a tireless worker and the guy never stops! It's his work ethic that inspired me back then and still does now. I can always call or email Sean for advice and he is always there to help. What's great now is Sean's son is a wrestler. This past year at a tournament out near Lancaster, I ran into Sean cheering on his son while I was coaching. Pretty cool how life works!

The 4 months or so I spent at Penn Manor with Sean is an experience I will never forget. I learned a ton and had even more fun doing it. That is all thanks to Sean and his great leadership. And to think this experience almost never happened - I was actually scheduled to be at another High School and with another teacher. For some reason or another, that fell through. And my advisor and professor Dr. Litowitz (hint, hint, see next week!) told me he had to put me with Sean McKnight over at Penn Manor in a graphics lab. I said "ok, that sounds good to me." Little did I know it was one of the best things that ever could have happened to me! I am a big believer in things happening for a reason. This is a prime example!

Fran(non-registered)
Thank you Nick, it is nice to see people who give 120% 100% of the time given credit for their efforts
Nick Pompei Photography
Thanks Vanessa! Miss you and hope life is treating you well. If you are ever back in the area please give me a shout, would love to hang out. Hope to see you soon!
Vanessa(non-registered)
Cool project Nick! Hope things are well.