Mark has been in the "sales" world for 13 years now, but currently at his management position for 3.5. He was a graduate of Lock Haven University with a BS in Mass Communications/Journalism in 1999. He loves good craft beer - "No Coors Light Please!"

Mark has been happily married to his lovely wife, Ashley for 11 years (what's crazy about this is that my wife Ashley and I attended this wedding. We still consider it one of the funnest weddings we have ever been too!) Mark and Ashley have 3 beautiful daughters, Layla(8), Abby (5), and Samantha(1). The teenage years are going to be awesome! He is also a big supporter of the Berks County United Way and the Southeastern PA Easter Seals Foundation.

Mark considers himself very blessed to have a job and a position that he loves.  He works for AcuSport, Inc, which is the best in the shooting sports industry. He truly enjoys going to work. His team is considered the most knowledgeable and professional group within their organization. He enjoys learning from them as they learn from him as well. The most exciting thing about his job is the fact that their team has endless opportunities to grow their business…and the best part about that, is that they do this through their passion for the shooting sports industry. While a very controversial industry to work in, their love for hunting and target shooting is held very dear to all of our hearts, as they all grew up enjoying the great outdoors and the history of gunsmithing in our country and around the world. Companies turn to Mark not just for products, but for web site development, legal counsel, marketing and in depth business consultation.  One of the most important aspects of what he does, is the fact that they've achieved success by working with the Independent Business Owner only!  Mark and his company sell nothing to Big Box stores (i.e. Walmart, Cabela’s, etc.)…they believe the independent business owner is what makes this country so great.

Personally, Mark enjoys spending time with his family. They like being outside, attending various sporting events from the High School level up through the pro's. They do some hiking and enjoy all of the local places they can explore where they live in Berks County. There are no video games in this house (which, as you read below may come as a surprise!) They love taking their annual road trips to Virginia, North Carolina and Florida, where they go boating and fishing while visiting friends and family. 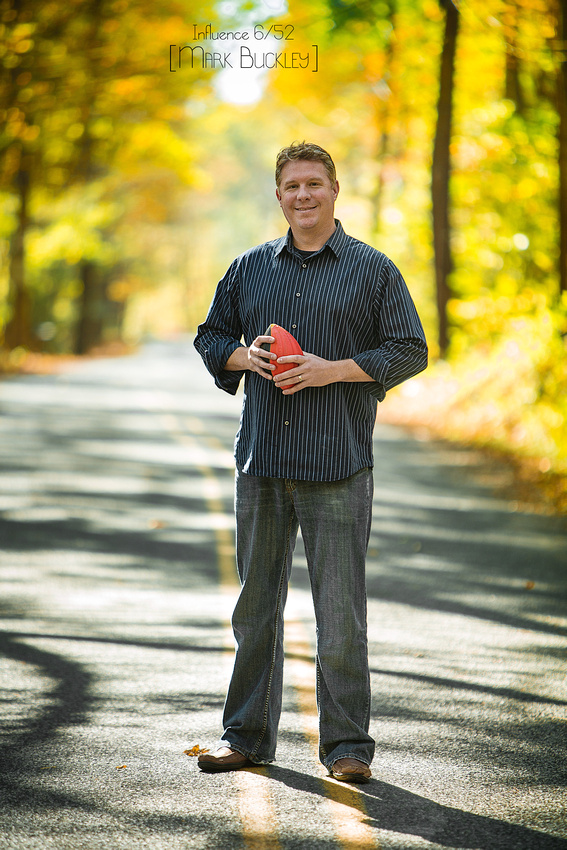 Mark was one of my first real friends. Sure I had other friends but Mark was the first one who I spent a lot of time with. And I mean a lot. I considered him my big brother and I loved hanging out with him. And best of all, he was my neighbor.

Growing up on West Rock Road in Perkasie, there isn't much to do. And that is putting it nicely. There was woods, trees, woods, fields, some trees, rocks and a few wooded areas. But damnit, we were young and determined to have fun! He had a great yard with his house right on the street and I lived about 200 yards behind him. His front yard was perfect for Nerf turbo football. We played every weekend, snow, rain, you name it. Sometimes it was just the two of us but a lot of times we would try to get some of the neighbor kids to come over. Mark was "all-time" quarterback. You know, when he would play quarterback for both teams. He was older, bigger and played football. A natural fit. We played what seemed like hours at a time. He would be Joe Montana and I would be Jerry Rice. We were untouchable on his yard.

He had this huge pine tree right at the corner of his property. So we had, like 30-40 yards between his driveway and this pine tree. We would use this pine tree as our end zone area. Basically anything to the left of it was in bounds (his yard) and anything into the tree or to the right (road) was out of bounds. No need for instant replay here folks. Then he had another big pine tree right next to his driveway, same as the other with about 30 yards in between the two. It was a perfect field. Well, one day we are out there and it's just the two of us. We are backed up to his driveway and he says "Go deep, post pattern towards the pine tree." I take off, hit my break like Jerry Rice in his prime and bolt for the tree. Mark puts the ball up as soon as I come out of my break and it's going deep. I am in a full sprint now, eyes and head back looking up at the ball. I catch this thing and nearly instantaneously am destroyed by said pine. I ran full speed into this thing and had no clue I was that close to it. I was a solid 4'-5' deep in this tree (Mind you the base of this tree has to be 15' across) and am wondering what the hell just happened. I've got pine cones up my butt, pine needles in my mouth, branches stabbing me from every direction. But as was the case in my youth, I held onto the ball. Touchdown 49ers! After about 45 seconds of climbing back out of this tree, I find Mark on the ground hysterically laughing. He nearly peed his paints. Quarterbacks never appreciate their receivers...

Mark is older than me, so needless to say, during our friendship he introduced me to a lot of things. Many I will not mention but one that I would be remiss without mentioning was Techmo Bowl. Nintendo, circa like 1992 (yes I know original Techmo Bowl came out in 1989.) We are talking original here people, not Super Techmo Bowl (although we played that too.) 12 teams and you pretty much only picked four of them - Chicago (Singletary, Dent, Payton, Gentry); NY Giants (Simms, Bavaro, Taylor); San Francisco (Montana, Rice, Taylor, Lott, Craig); Raiders (Jackson & Allen) That's it. The other teams were just not good enough. We would play this for hours on end. Seeing who could have the longest Walter Payton or Bo Jackson run of the day was always fun. Not to mention how many sacks you could get with Lawrence Taylor. Those were video games, simple and so much fun.

We had some great times. But Mark was older, he was getting late into his High School days and soon was going off to College. So obviously we grew apart and didn't spend nearly every weekend together. But he would come home fairly often and we would get a chance to hang out. That will lead me into another great story - Mark had a big party at his parents house one summer. In fact, it was the night before my family was heading to the Outer Banks for vacation. I was 15 years old and pumped to see Mark and hang out with his college friends. My best friend at the time, Eric Baker was hanging out that day so we went down together. Plenty of 'fun' and hours later, we went back to my parents house. I was leaving at like 5am so I needed to get at least some sleep. Not sure what time we got back but it was safe to say it was after midnight. So I get up and wake Eric up so he can leave. We roll out to my driveway to start packing and his car is not there. Hmmm. Wait, his car is not parked in my driveway?! Ok, where the hell is it?! I asked Eric, "you did put the parking brake on right, I mean it couldn't have rolled back into the pond could it?!" (We had a pond about 150 yards from where he parked) "No way" we both said. So after aimlessly trying to find this car for about 30min I had to leave. So he was going to stay and call his mom to pick him if he somehow couldn't find it. Long story short, I come to find out later that Mark and his buddies (drunk mind you) snuck up to my house around 3am and hijacked Eric's 1985 volkswagen rabbit! They pushed this thing all the way down my parents driveway (a LONG driveway mind you,) crossed over West Rock Road and plowed it into the high grass field on the other side of the road. You could barely see this thing hiding in the weeds! To this day I have no idea why they did it (Mark still says he has no idea why or how!) but man do we laugh about it every time it comes up. Hilarious story.

Mark comes from a huge family, 6 total - 4 brothers and 1 sister. Yeah, huge family! But he was the youngest and the rest of his family had moved out of his parents house when we starting hanging out. It was just him, his mom and dad. I would often wonder why he was so nice and would take care of me. I think Mark wanted a younger brother, someone to look over, like his older brother's had. He wanted to be the "big brother" so to speak. Not sure if that is the case or not, but I cherish all of the years we spent together. He was my big brother and I learned so much from Mark. I grew up fast because of him and certainly appreciated it. There are so many stories and unforgettable moments from our times together - it is so much fun thinking back to then. Young, not a care in the world and just boys being boys. I really hope my son Cooper can have those same moments. You hold them with you forever.

Thanks Mark, you're the big brother I never had.